It is only ordinary, when you mention the extraordinary, to talk about Michel Elefteriades.

Half Greek half Lebanese, Elefteriades combines many different persons in one man: entrepreneur, artist, musician, producer, philosopher, political activist, and, most importantly, self-proclaimed Emperor Michel the First of Nowheristan (www.nowheristan.org), a virtual, make-belief empire with thousands of citizens from around the world, dedicated to justice, freedom, and equality. The Empire received the support of the United Nations and the Lebanese Ministry of Culture.

Elefteriades is also the renowned owner of “The Music Hall”, a famous go-to place in Beirut (and Dubai), and a cabaret theater with about 15 shows per night. In 2017, he added a fine, temple-styled, original cuisine restaurant-lounge, with a Catalan chef and international artists performing chill music: B By Elefteriades.

The “MyLebanon” team met with him to talk more about “The Music Hall”. This is his story:

An idea was born

The idea of The Music Hal was to create a space where artists are able perform as if they were in a music festival, with almost 15 acts per night. So I did a fusion between two concepts: a club and a theater. We created a space where people could dance and drink, while what is happening on stage is similar to what takes place during cultural festivals.

The main difficulties were the unfamiliarity with the project. Whenever you are creating a new concepts, you lack references. So all the people around me who knew about business told me that this was not a feasible project. But it turned out that it actually was! It has been going on for almost fifteen years now. 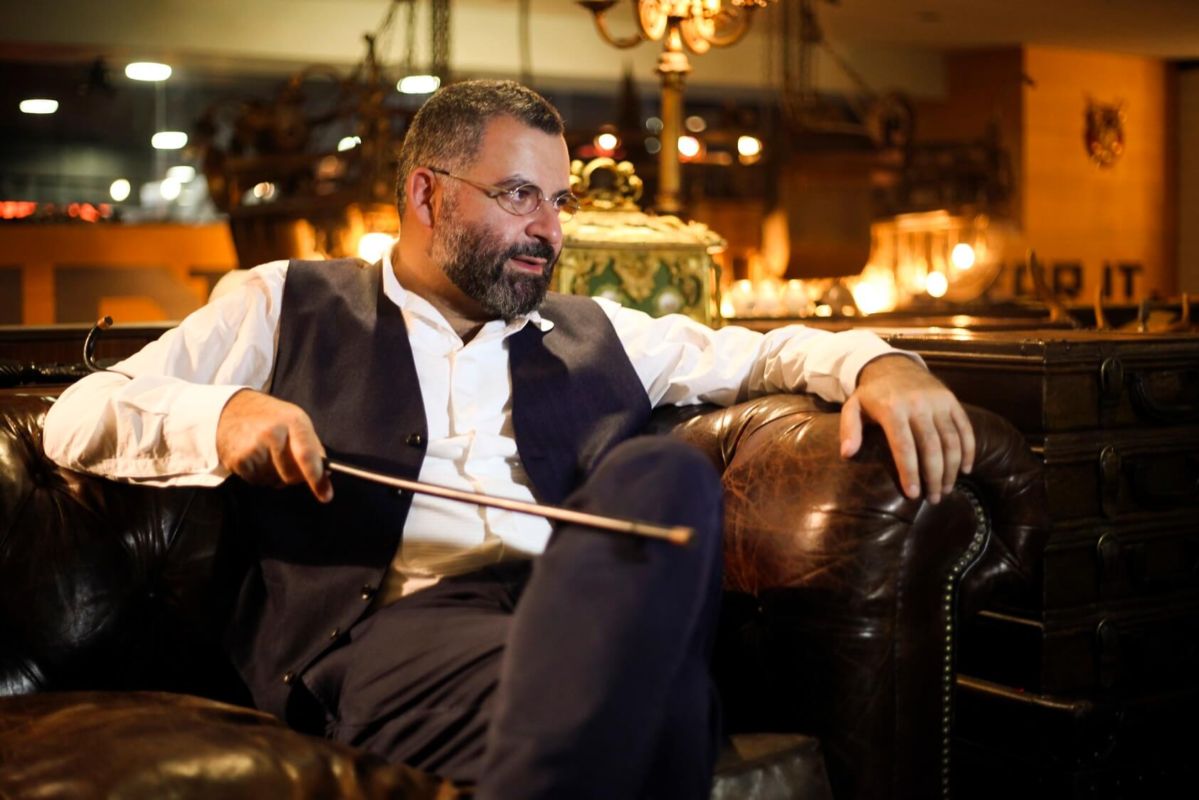 The Music Hall in downtown Beirut first saw the light in early 2003. It was then followed by the Music Hall Waterfront (by the Beirut sea, open space). In 2013, I founded The Music Hall Dubai. I am soon going to Brazil to see the possibility of having a fourth branch of The Music Hall there.

They have to be good musicians and good singers, who perform on a very high professional level. It is the style that makes The Music Hall artists different. It is the way I rearrange and redistribute the music. Targeting the artists is easier nowadays. In the old days, I used to work with the artists that were already signed with my record, part of the Warner Bros label. Then people from all over the world started sending us demos and videos, asking us to join the team. The more demands you have, the more you are able to be selective.

We have had Russian artists almost all the time, Russian gipsy music, and more classical. Also, around Christmas, some artists perform Russian Christmas songs [and he sings them!].

Diversity is what attracts tourists most to The Music Hall. And they never get bored because the music and the acts change. Any tourist can, at least, find 80% of The Music Hall’s shows at his taste.

There is a very high percentage of Russians among our clients in The Music Hall Dubai. And we like them a lot. They are generous, kind with the staff, and they know how to party. They laugh, they drink, they dance… They interact a lot with the musicians.

Similarities between Russians and Lebanese: [immediately answers] passion! Both people are subjective, warm people. Both go crazy about something they love. Both despise very openly what they hate.

An advice to Russian tourists: Lebanon is such a small country that can be visited in a short time. There are so many things to discover: different sceneries in nature, very old historical sites that go back to thousands of years ago, to the eras of the Greek and Roman empires. You get to see Baalbek, Byblos, and many different places that are interesting to Russians in general. I am also sure you will love the Lebanese cuisine. You will love our music as well.