He is 90 years old, with the heart of a child, the energy of a teenager, and the ambition of a young man.

Joseph Aoun is still working in the business which has been running in beautiful Jezzine for the past 300 years: making knives. The beautiful locality in South Lebanon is famous for it.

The “MyLebanon” team spent an unforgettable day in Jezzine and met with Joseph Aoun and his son, Antoine Aoun, Mokhtar [Mayor] of the region.

This is his story.

Joseph Aoun greets you with his beautiful smile and his excellent English. He does not start touring in Jezzine before serving you Lebanese coffee.

Then he walks ahead of everyone, showing you proudly his hometown, introducing you to his cousins and his neighbors. He also takes pride in his children: a doctor, an engineer, a teacher, and a moukhtar, all of whom are well known and respected in Jezzine.

And while walking in the region’s narrow yet superb streets, you spot a small shop on your left. With its simple design, the inside of the shop is a book of stories from the good old time. Each corner and each step take Joseph Aoun on a trip down memory lane and confirm to any visitor the magic that resides in the place.

On the wall on your right at the entrance are hanged old pictures of Joseph touring the world. He has been to many countries, like France, Germany, Venice, and Sweden, to take part in exhibitions. For forty years he traveled to show the world Jezzine’s pride.

The knives were originally made of steel and wood, then steel and buffalo or sheep horns that were imported, mainly from India.

Nowadays, resin has replaced the natural horns. But the outcome is still amazingly the same. Outstanding, one-of-a-kind knives that cannot be found elsewhere. A set of 18 pieces, that used to take one week of hard work, now takes two whole days. 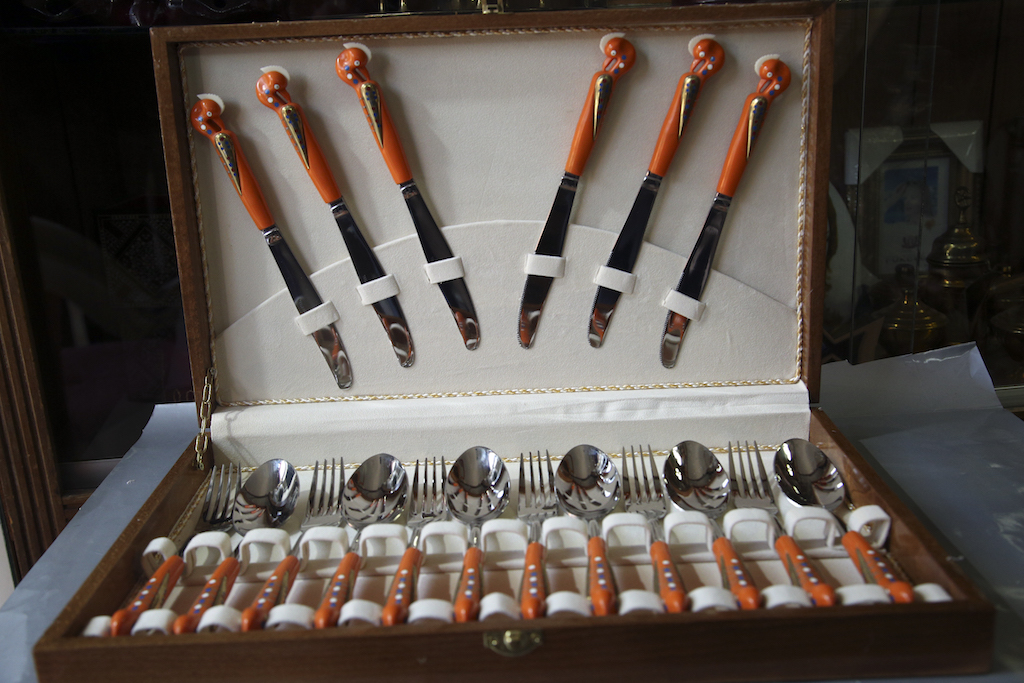 Unfortunately, selling the pieces have decreased. According to Joseph, people now just come to watch the knives being made. But they rarely buy any!

Also, he regretted the decrease of tourists. He says less than 10% of tourists come to visit the region.

In his opinion, the “MyLebanon” project can help a lot especially that Russian tourists don’t often visit the country.

Last but not least, Joseph says it would be a shame for the business to become extinct and notes the importance of teaching young people how to keep it alive. Because there is more to it than trade, it has actually become part of the identity of Jezzine. 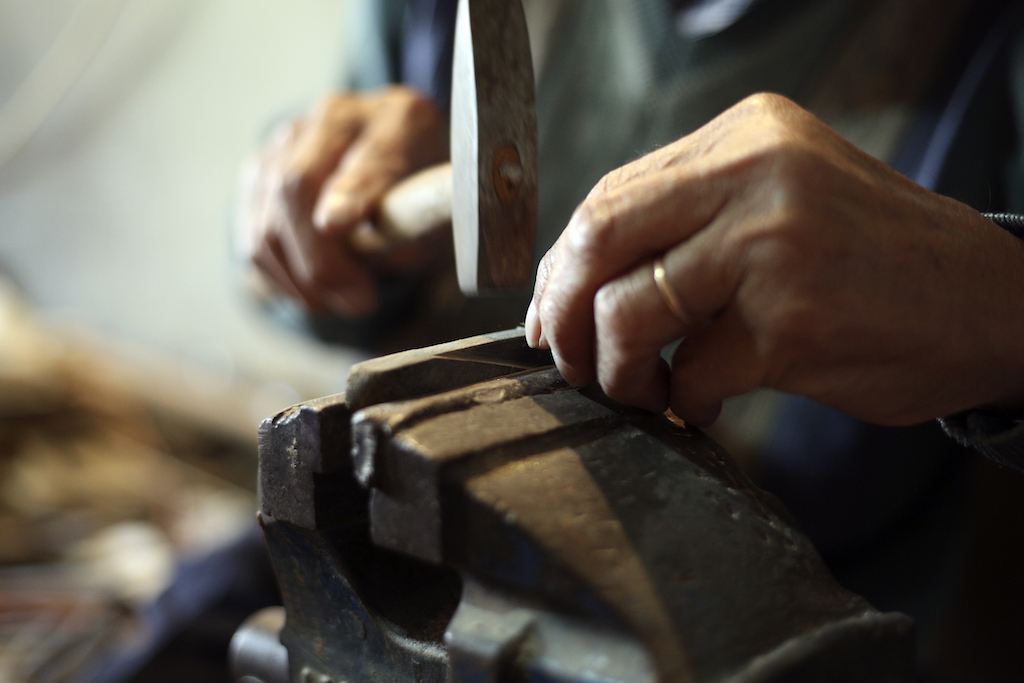