When you ask the people of Jezzine, in beautiful South Lebanon, about Amal Abou Zeid, local MP, they answer unanimously: “He is our friend.”

And then you meet with the politician and you understand that pride the people of Jezzine must feel when they talk about him: from his warm greeting, to his wide smile, to his one-of-a-kind humbleness, you get the feeling that Amal Abou Zeid is in fact everybody’s friend.

The “MyLebanon” team met with the MP and asked him about his strong ties with Russia and the means to develop Lebanese-Russian bilateral relations. This is his story: 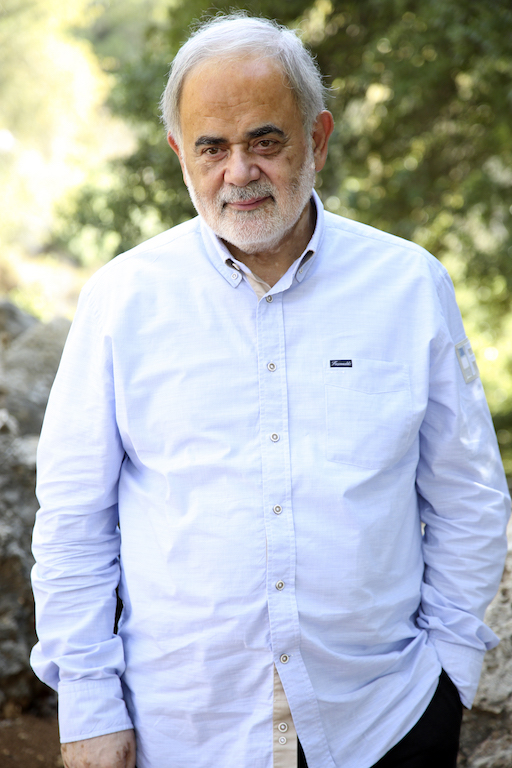 The MP’s connections with Russia go way back, to the year 1973, precisely. Coming from a political family, and a grandfather who was one of the main founders of the Communist Party in Lebanon, Abou Zeid was granted a scholarship from the Russian-Lebanese Friendship Association. He went to Pavlov University in Leningrad to study medicine. But after a nearly eight-month-period there, he discovered that it was never his wish to become a doctor, but rather his own parents’ desire. Oh yes! In Lebanon, just like in any other strong-family-ties society, you very often find yourself doing what makes the parents, the family, or maybe even the entire neighborhood happy! But Abou Zeid is not a man who would accept being dictated what to do. So he put an end to his medical career, flew to Finland shortly, and then came back to Lebanon. He majored in what he liked best, and what later became a solid reason for his startling success: economics and business. So he went to the American University of Beirut and, later, pursued his higher education in the United Kingdom.

Even though he visited Russia again in 1994, his real business with the country did not see the light before 1999.

“In 1999, I started my first business in Russia. It started by coincidence. I had friends from England who wanted to do business between Russia and English-speaking African countries,” he noted.

It was then that the future MP decided to establish a representation office in Russia. “I have been representing, ever since, Russian companies’ interests in many parts of the world: Africa, China, Indonesia, Malaysia, Laos, Myanmar, Morocco, Tunisia, Algeria… My role is basically in financial engineering when it comes to gas, electricity, and military upgrading-related projects.”

Politics running in the blood, since the good old university days

Going into politics had not much to do with his family’s political ties.

Amal Abou Zeid describes himself as a very active man, with politics “running through [his] blood”. Very active indeed: during his university time, he had to sign a document through which he vowed never to take part in political gatherings and demonstrations again.

Russia and Lebanon… a history of mutual respect and friendship

Seventy years! It is already something! “Russia was the second country to recognize Lebanon’s independence.” But the good relations, says Abou Zeid, go even further back, to the previous century. “Under the Ottoman Empire era, Katherine the Great sent the Russian navy, Saint George, to Beirut, to defend the Christians of Lebanon against the Ottomans. This is the reason behind naming this bay in Beirut the Saint George Bay,” he said.

The MP also explained the importance of the Russian Church’s influence in Lebanon. “The Church’s missions were behind the inauguration of many schools and hospitals in Lebanon.”

And even after the establishment of the Soviet Union, bilateral relations never ceased to develop, with the Lebanese Communist Party and leftist parties seeing light in Beirut. “All these political gatherings were under the Soviet umbrella here in the country.”

Business relations, however, are yet to be consolidated

Although cultural and educational relations are solid enough, Abou Zeid regrets the lack of bilateral business relations between Moscow and Beirut.

“However, now we have General Michel Aoun as a President, and I am convinced that under his mandate bilateral cooperation will be improved on all levels,” he added. “[The President] believes that this kind of cooperation is strategic (…) especially when it comes to protecting the religious minorities, notably the Christians, of this particular region of the world, where Christianity started from.”

“In Russia’s own perspective, our region is the last barrier in favor of the sovereignty and security of its people, against the Islamic fundamentalism. In case extremist Islam prevails over our region, it will immediately affect Russia, who has about 30 million Muslims, and who cannot undermine the influence of Chechnya, Qatar, Turkey, and Saudi Arabia in that matter.”

In order to enhance the economic ties between both countries, Abou Zeid headed a group of businessmen about two months ago to Moscow. “The mentality of Russians, when they talk business, is different than the one of Western Europeans, for Russians are not exposed enough to the

international markets. They are rather restricted to mainly oil, gas, diamonds, heavy metals, and aircraft businesses. And, above all, there is the language handicap.”

The MP explained though that he had presented all positive aspects of bilateral business to Russians, notably to Russian Foreign Affairs Minister, Sergei Lavrov, indicating that the advantages of working with the Lebanese go beyond the geographical borders, with the presence of a huge Lebanese diaspora spread worldwide.

In his opinion, starting small businesses will improve means of communication between both people, which would lead to a better understanding of the two mentalities and consolidate economy ties.

“But Lebanon is not Libya!” laughs the MP, who acknowledges that a lot of Russians still confuse these two countries.

I had a secret weapon that nobody knew at first… the language!

“Lebanon is western-minded, very open to other cultures.”

Tourism if very important, both for Lebanon and Russia, Abou Zeid reminds.

“Lebanon has so many different sides of tourism that are important for Russia (…) Russians love to have fun, and they have that possibility here,” he says, thus underlining the necessity of seeing more palpable efforts from the Lebanese Ministry of Tourism in that respect.

He noted that Lebanese should have a strategic, long-term tourism plan, which, unfortunately does not exist until now. Tourism was the main source of income; Lebanon used to be called the “Switzerland of the Orient”.

He added that the Ministry of Tourism has suggested, with the approval of the government, to carry on with different approaches outside of Lebanon (Russia, India, and China) to attract tourists to the country.

When asked about promoting the Lebanese banking system in Russia to attract more businessmen, Abou Zeid said he had held several meetings with Russian bankers to promote the banking sector “which is highly advanced”. He also indicated that many Russians have shown interest in real estate in Lebanon, especially that, comparing to other countries, Lebanon has less taxation in that field.

The MP does, however, insist that more should be done.

He highlighted the need to have deeper bilateral discussions and to organize Lebanese exhibitions in Russia on a more frequent basis. Within that framework, Abou Zeid reminded the importance of having the Lebanese private sector assist in these kinds of events, for the private sector work on a more effective level than the public sector.

A secret weapon while dealing with the Russians!

Asked about the way he dealt with the Russians when he first started his business, Abou Zeid had yet to disclose about his character: his cleverness. “I had a secret weapon that nobody I dealt with at first knew… the language! [Laughs]” He then pointed out the similarities between both people: both are passionate, both generous, both strong. “Russians are, however, more patriotic than us!”

Why Lebanon, and not Dubai?

“We have history, Dubai is however a well-organized desert. Lebanon has a history that goes back to thousands of years. Lebanon has a typical plurality, and a religious coexistence like no other. Education in Lebanon is exceptional; art, too! We have music, theater, and we were one of the first countries that were exposed to many foreign civilizations. We have the beach, the mountains, the snow, the forests…

Lebanon, as secure as any other city out there

Lebanon fought against terrorism and the Lebanese army succeeded. Lebanese have the strong will to move forward in a secure country. Of course, threats remain, just like everywhere else in the world now. But Lebanon is a stable country.

“We are now working with the international community to make Lebanon a platform for rebuilding Syria, as the war there may soon be coming to an end. We can offer the insurance, the experience in construction, and the banking that everyone needs. The investment in Lebanon is safe. Have faith in Lebanon, it has a very promising future. I knew the country back during its golden age, before the war, and I am certain we will get back to that era soon enough.”

Amal Abou Zeid is a very smart businessman, a very active politician, and, according to recent statistics, the number one favorite Maronite candidate for the upcoming legislative elections. Why? Well, because Amal Abou Zeid is, once again, everybody’s friend, but not just in Lebanon, in Russia as well!